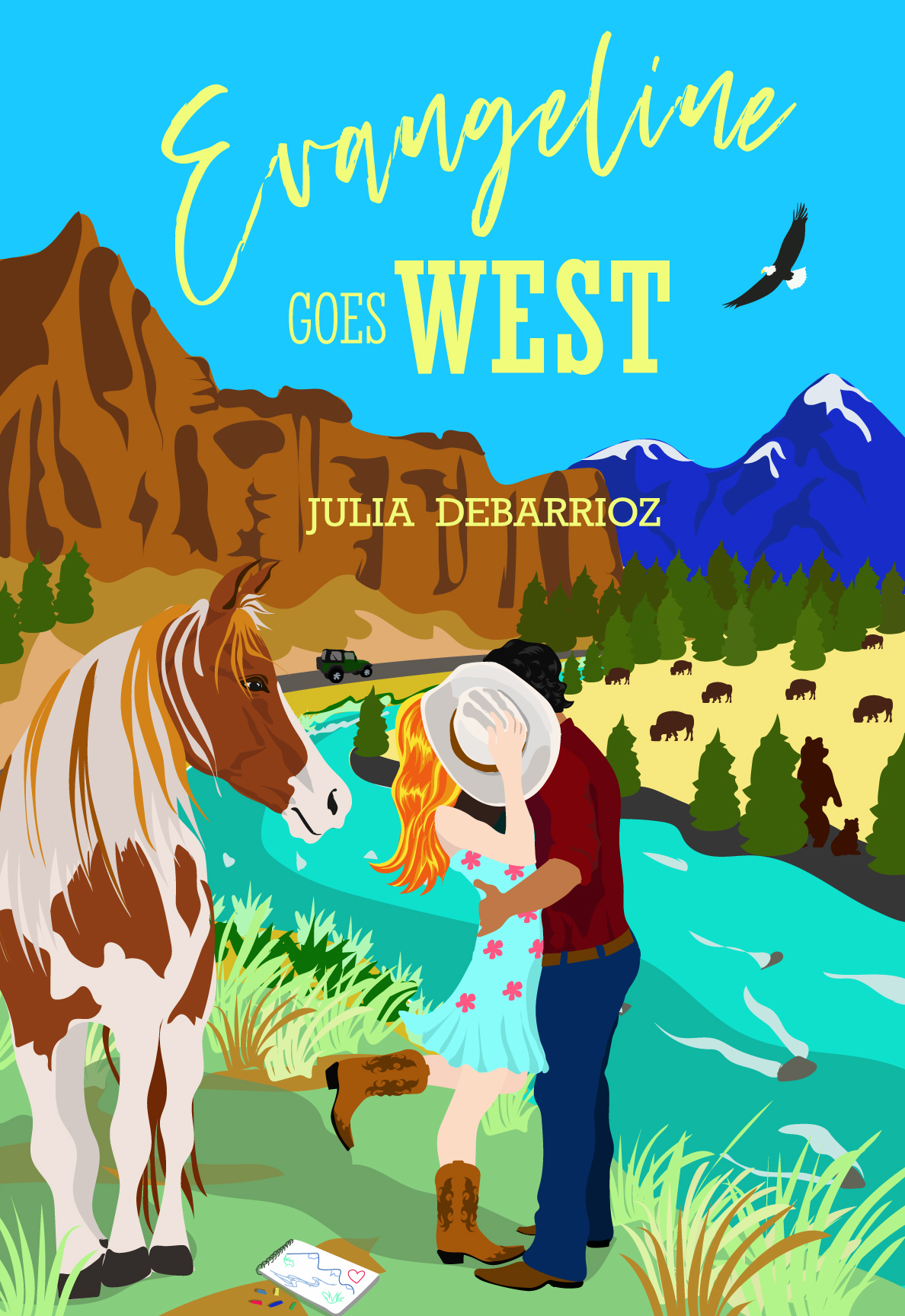 Bored out of her mind with the burbs and her abusive husband, former-farmgirl Eva packs up her paints and heads for the wilds of Wyoming. Hiding out at her friend’s guest ranch, she’s determined to find her old self that she lost somewhere along the way. What she doesn’t count on finding is Chase McCoy, a handsome young cowboy whose cavalier smile works like a balm for her weary soul. But Eva has resolved she is not looking for a man again. Especially not a cocky cowpoke who is nearly a decade her junior—even if he is six-feet-plus of work-honed muscle and his Wranglers fit like a gift to women everywhere.

However, Chase is more than he seems. A tragic past made him a man before his time, and determined to prove he’s exactly what she’s been missing in her life, he sets his Stetson in her direction. If life has taught him anything, it’s that you have to work hard for what you want and fight for a woman worth keeping. Maybe Eva is stubborn as a Missouri mule, but he knows he’s up to the task of changing her mind.

Just when Eva thinks she’s outrun her demons, she finds a little something in her Jeep that contains big secrets. It seems her ex isn’t ready to let her go, and he’s willing to do anything to keep her quiet. Lie, cheat, steal—and possibly even kill. Maybe Evangeline’s never fought back before, but her newfound family is more than willing, and Jared Wassler just might find he messed with the wrong bull.

***Buckleup, Buttercup. This here’s an irreverent 18+ adult contemporary western romance. It contains copious amounts of swearing, violence, sex, feminism, and other volatile subjects. If that ain’t your cup o’ tea put this book right back down.

Get signed paperbacks with bookmarks for cheaper than Amazon here.

So this was cool...🌵🌸
Welcome to america....🤬
**Nervous laughter**
❤️❤️❤️
🧡🧡🧡
This baby just decided to up and bloom in the dark of our basement. I'll let you fill in the motivational caption...😂
juliadebarrioz@yahoo.com
Loading Comments...
%d bloggers like this: